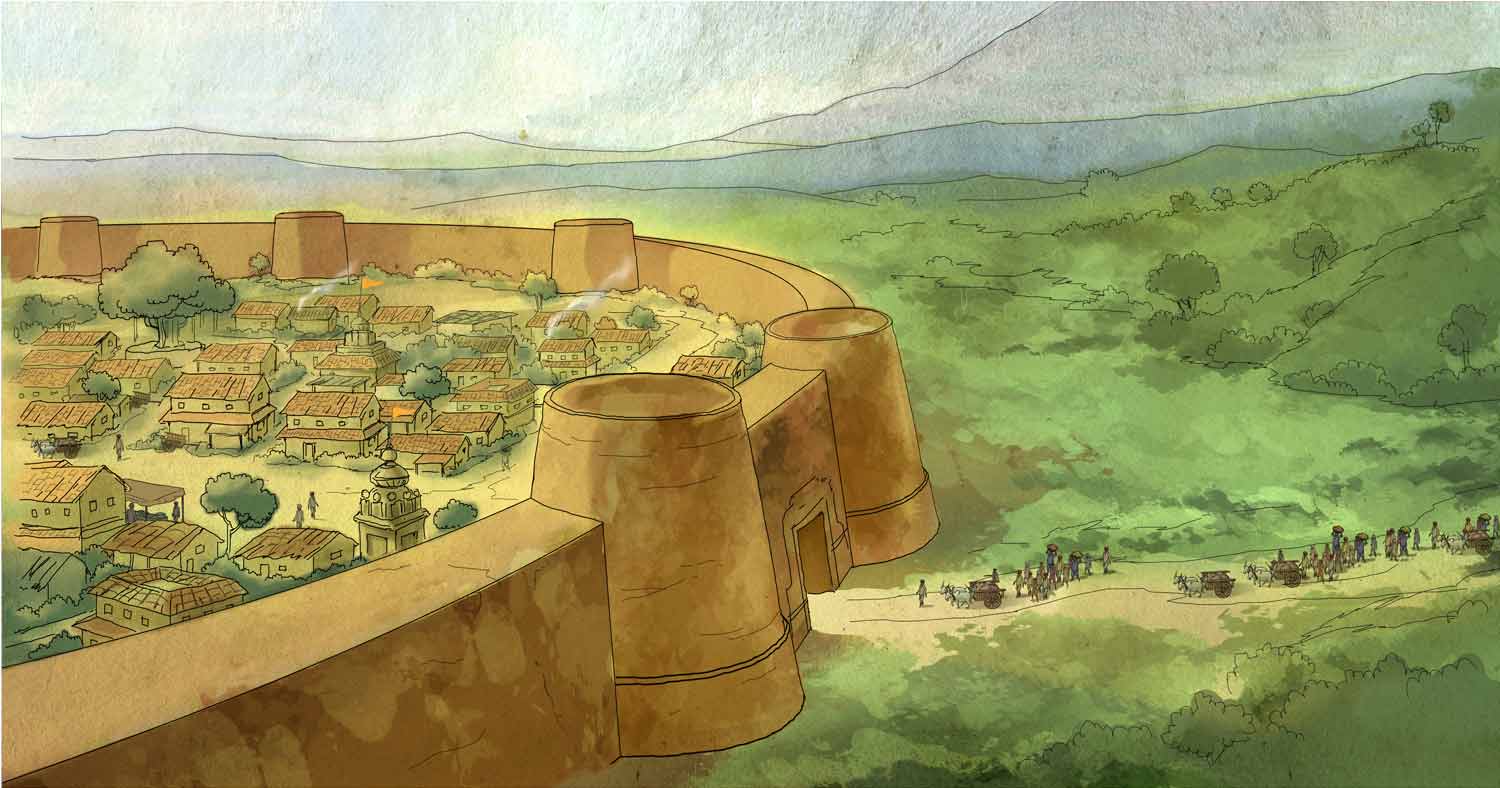 Ashapur or Ashti during the 12th century.

Ashapur (currently Ashti) in Jalna district of Marathwada region, was one of the flourishing town in central India.

Well known for its craftsmanship in precious metals and weaving, It was ruled by the Yadava dynasty from 12th to the 14th century. 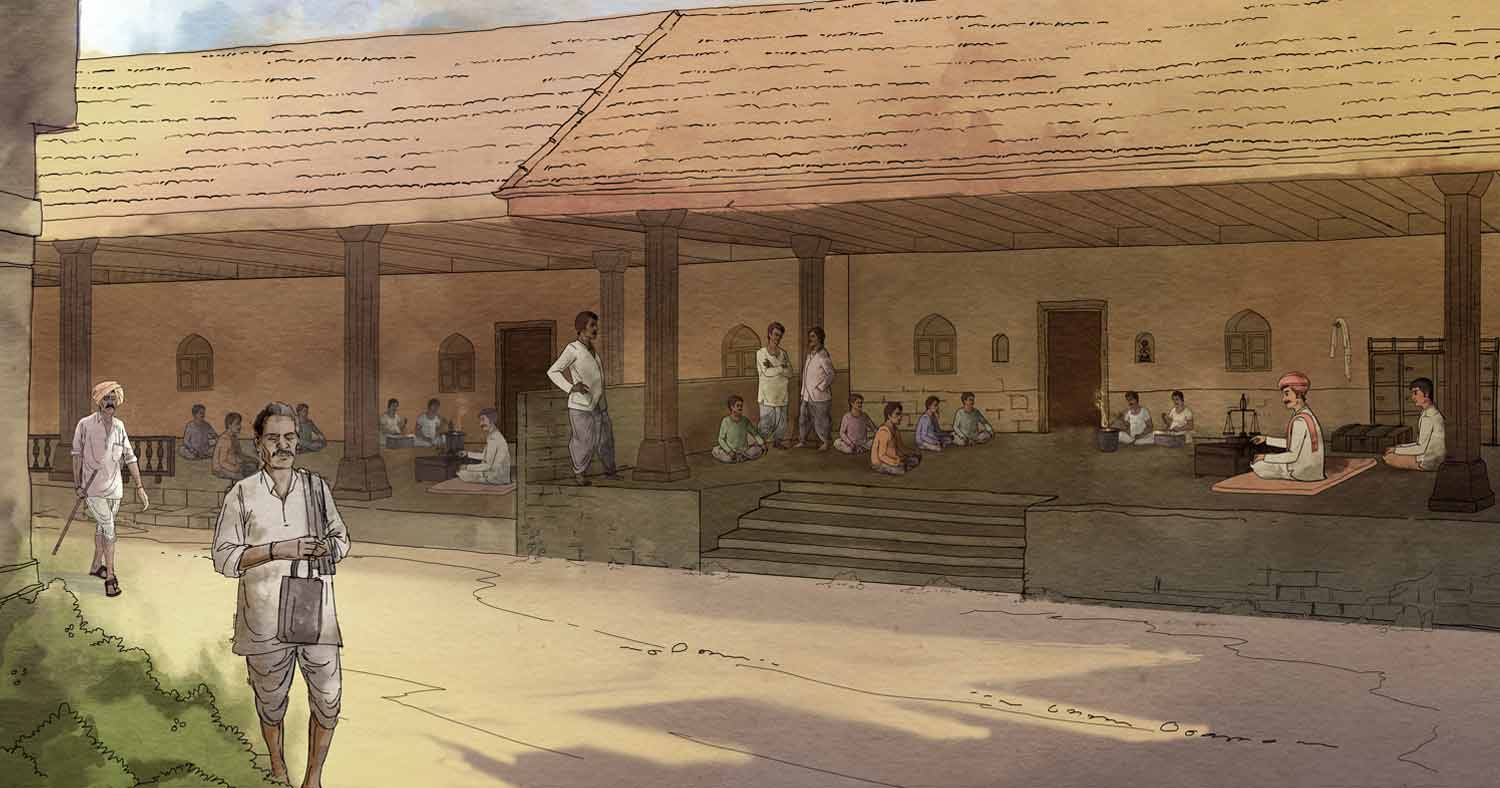 Ashti was famous across the region for its craft and trade in gold, silver and gemstones.

Zari or gold thread used for weaving Paithani sarees was supplied by the goldsmiths of Ashti. 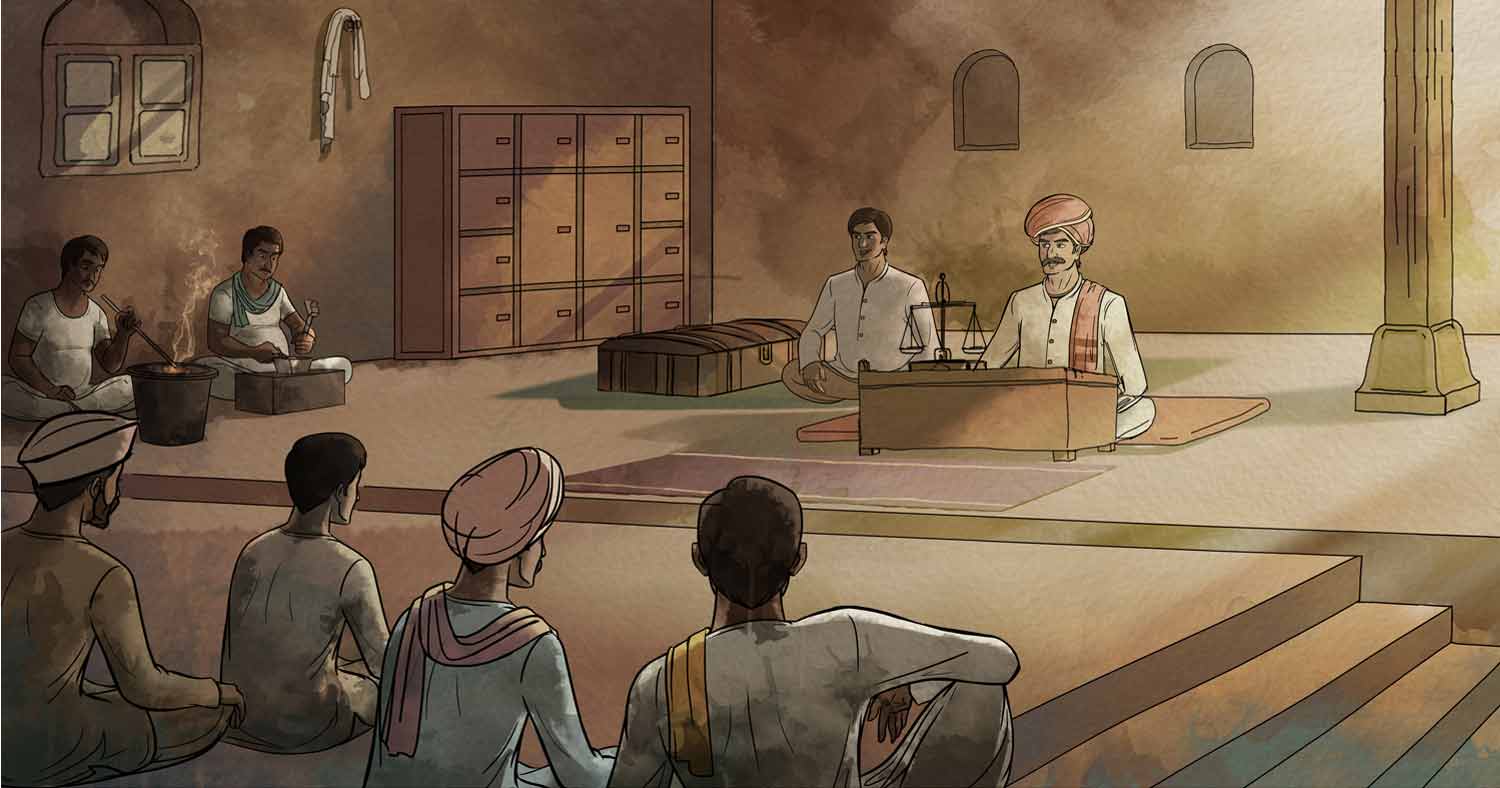 The Ashtekar family ‘Pedhi’ during the 16th century.

This is where the Ashtekar family conducted its business. The customers discussed their requirements with the owners and designers. The Karagirs or artisans created the ornaments in the same premises, often in presence of the customers. 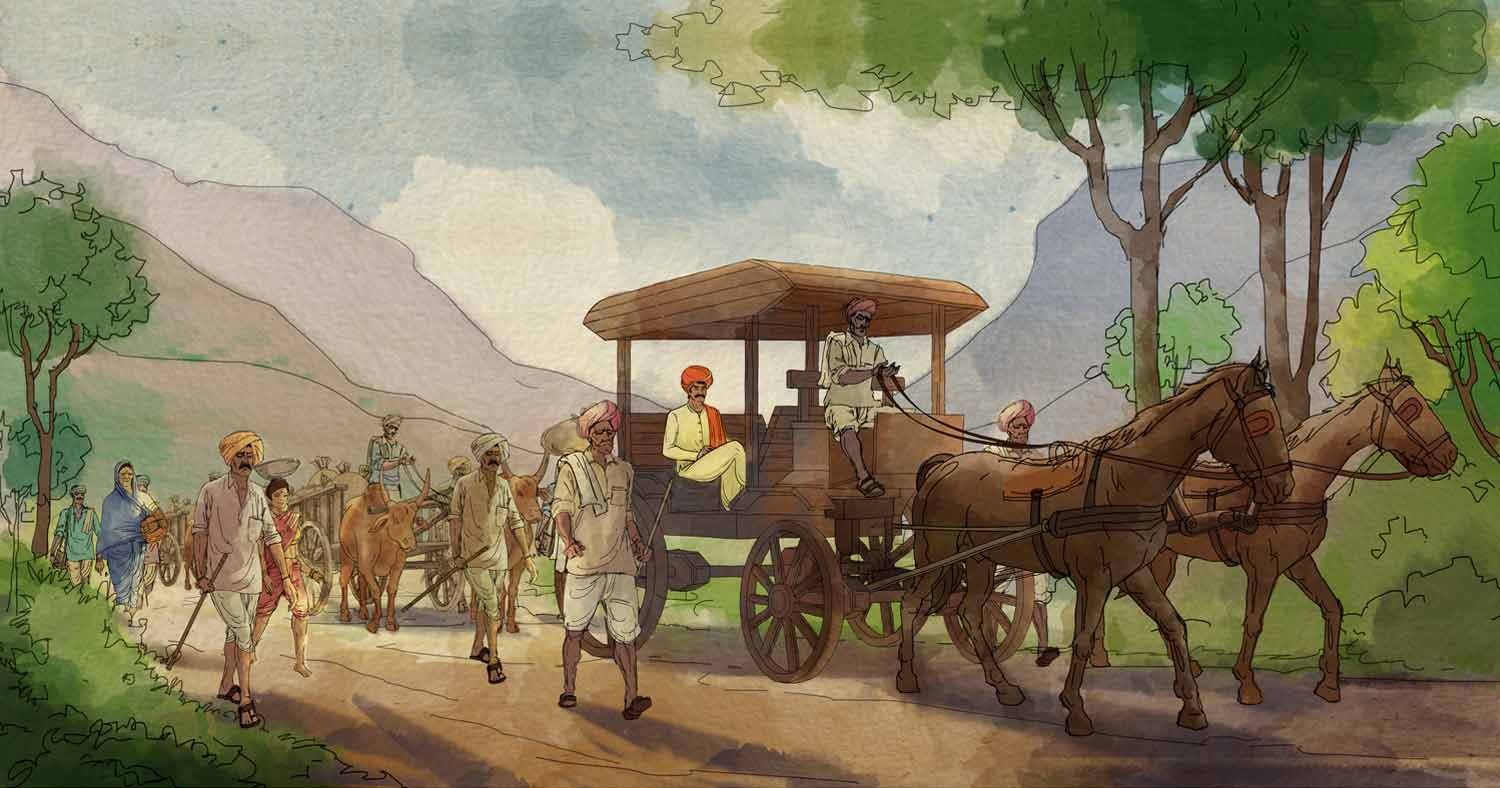 Every town and village had one designated bazaar day. This practice continues even today in many parts of India.

Along with many other traders, our ancestors travelled to various town and villages for business and ply their wares. 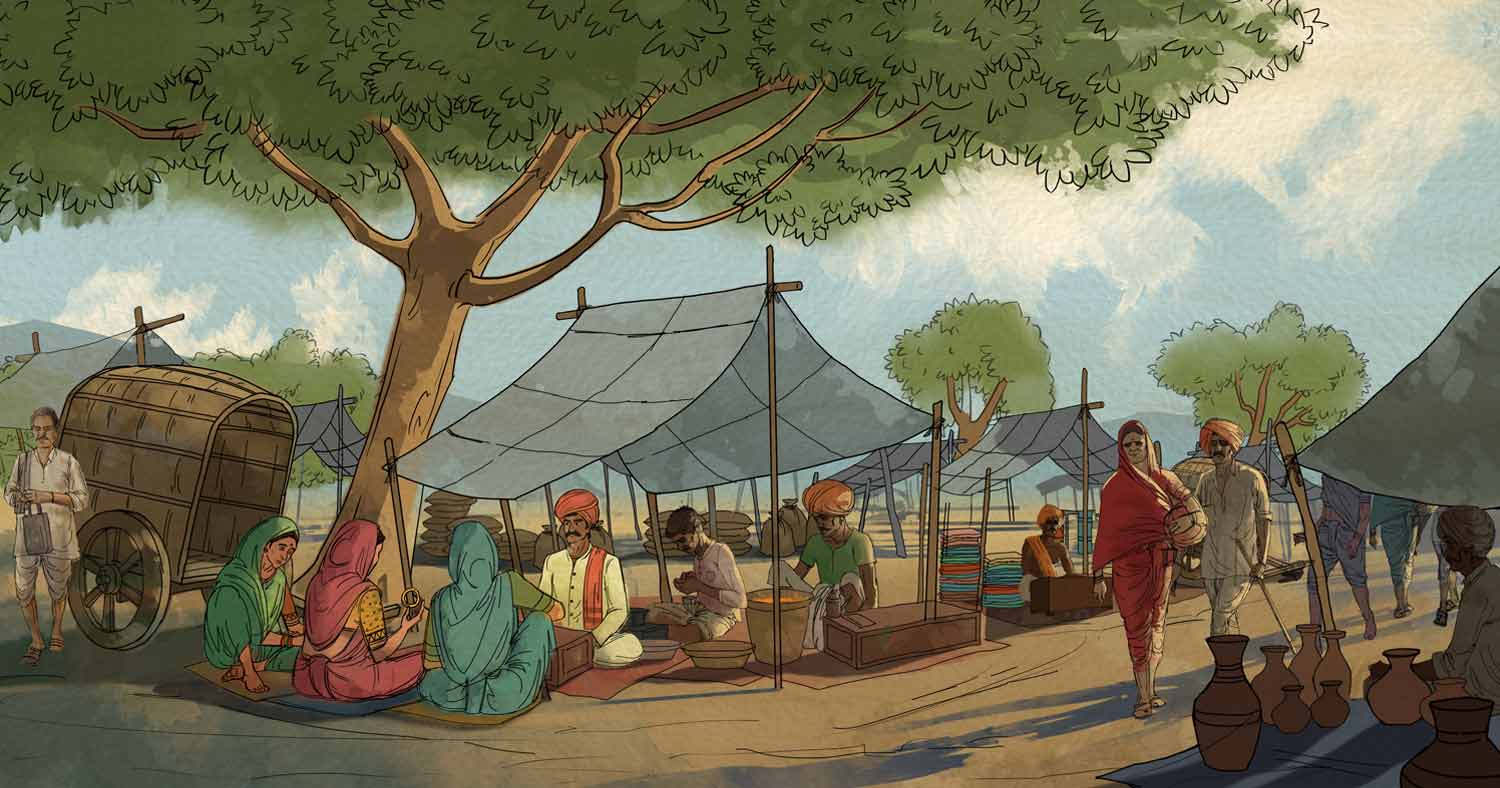 Temporary tents were erected to conduct business and customers travelled from small nearby villages and settlements to satisfy their requirements. 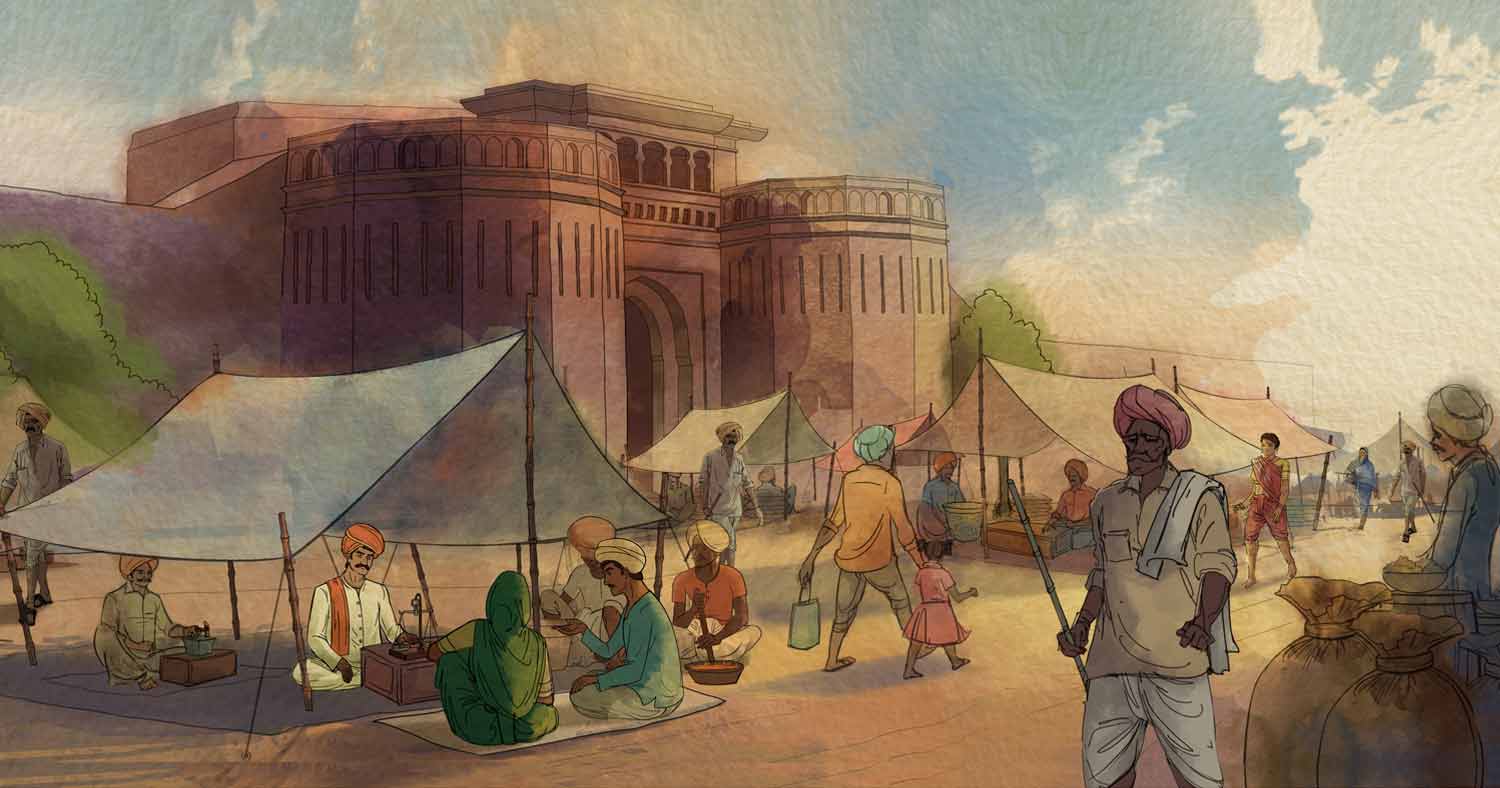 Pune, being a large city and the seat of Peshwas, had a large market place.

This market was situated on a large ground along the river in front of Shaniwar wada. It was a lucrative market for traders from across India.

Ashtekars’ sensing the opportunity visited Pune frequently for business. The Peshwas, enamoured by the craftsmanship, became regular customers of Ashtekars. 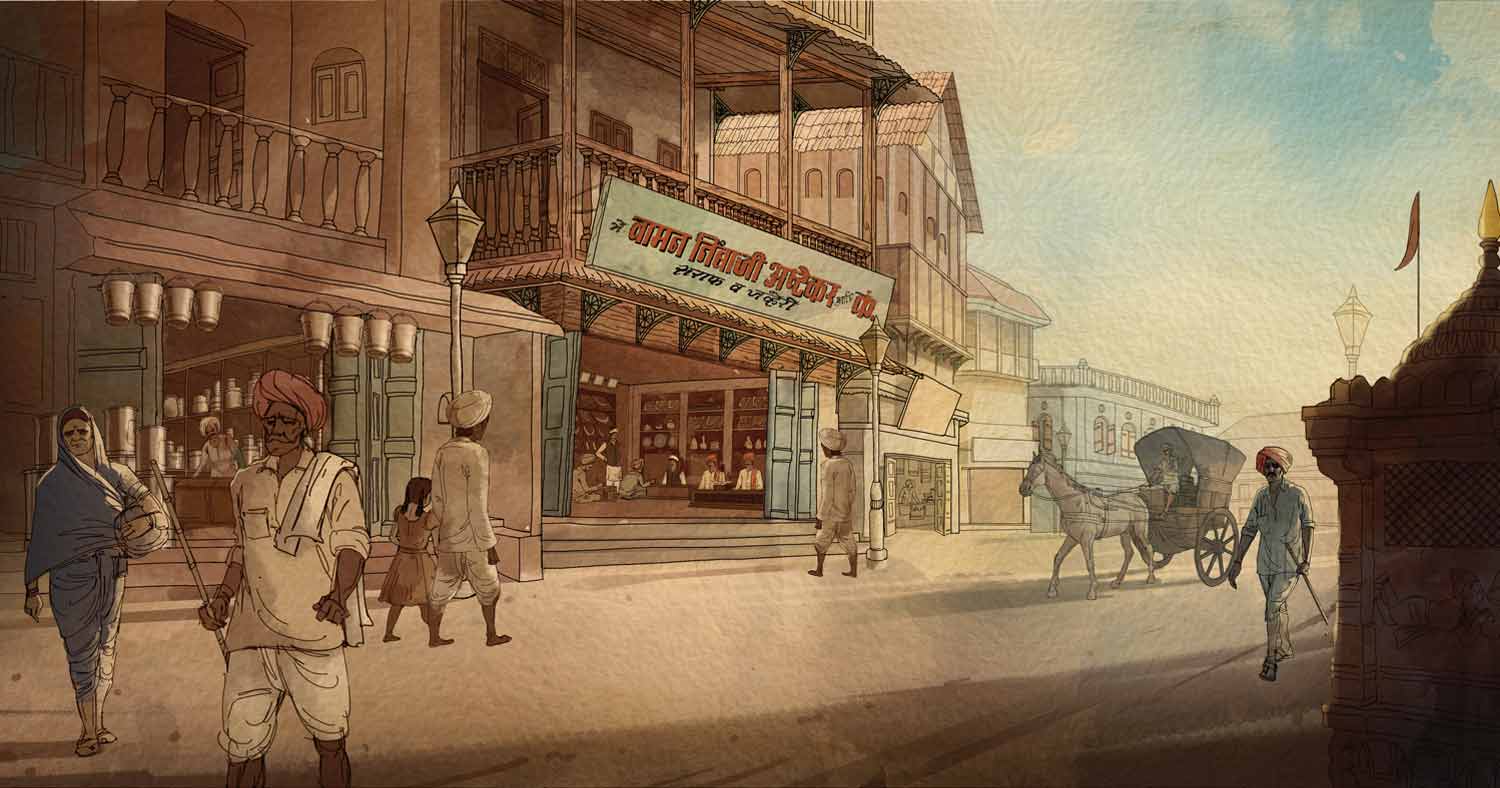 The colonial rule put an end to indigenous arts and crafts along with many traditional businesses. This forced migration of traders, businessmen, artisans and labour to larger cities in search of work and a way to earn their living.

The Ashtekar family too faced the brunt and had to shut down their centuries old business in Ashti. Being familiar with Pune, Waman Nimbaji Ashtekar decided to migrate to Pune.

Being a jeweller at heart, after working odd jobs, he set up the first ‘Pedhi’ in the prestigious Saraf Bazaar in 1935. 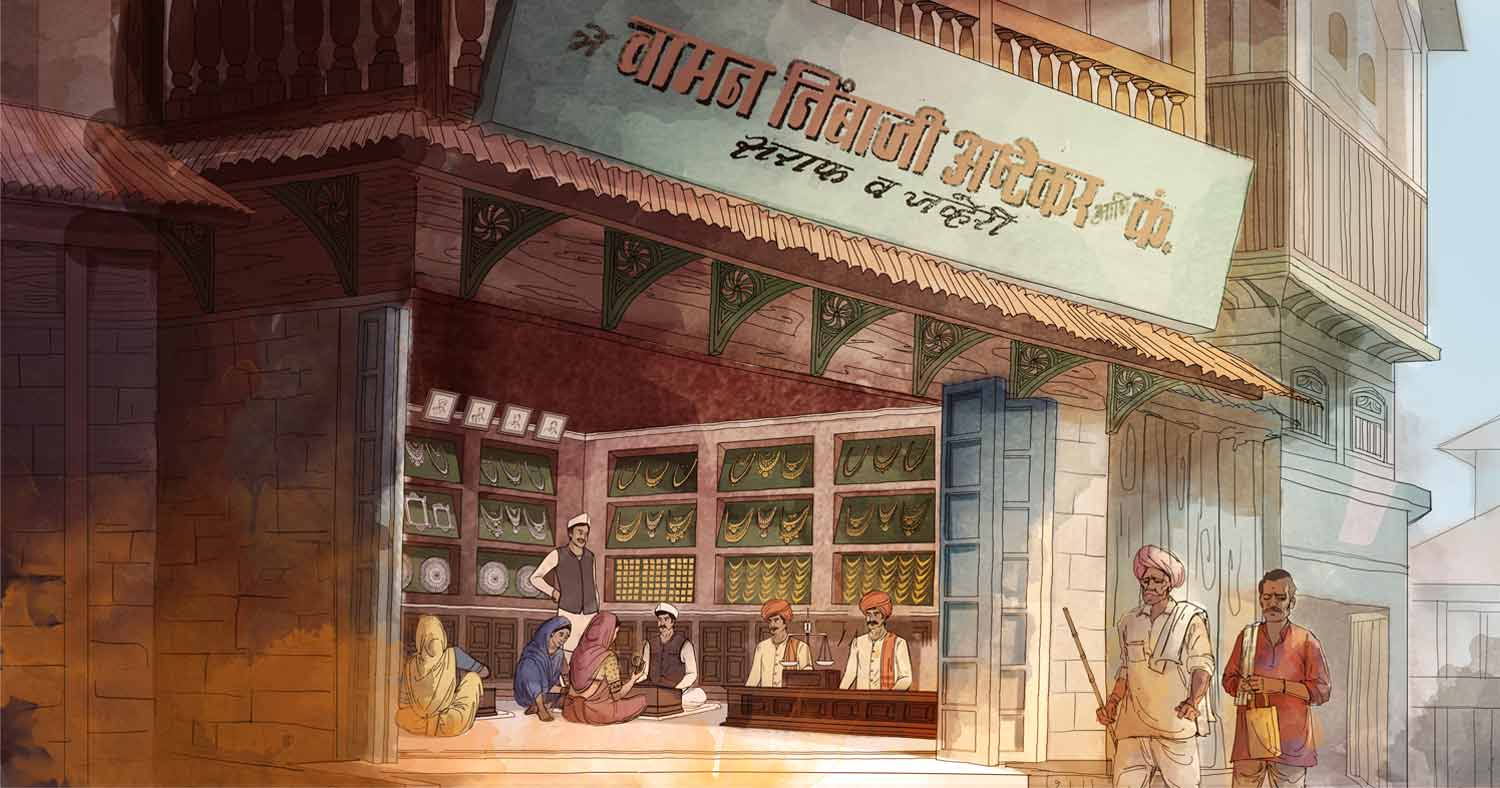 The pedhi soon became popular for its integrity, honesty and trustworthiness and of course craftsmanship. Rajaram Ranganath Ashtekar joined the business and soon made it one of the most trusted jewellers in and around Pune.

He was well-known for recognising almost all customers and their families. A lesser known fact is that he was also a great philanthropist and supported many customers in their hard times. 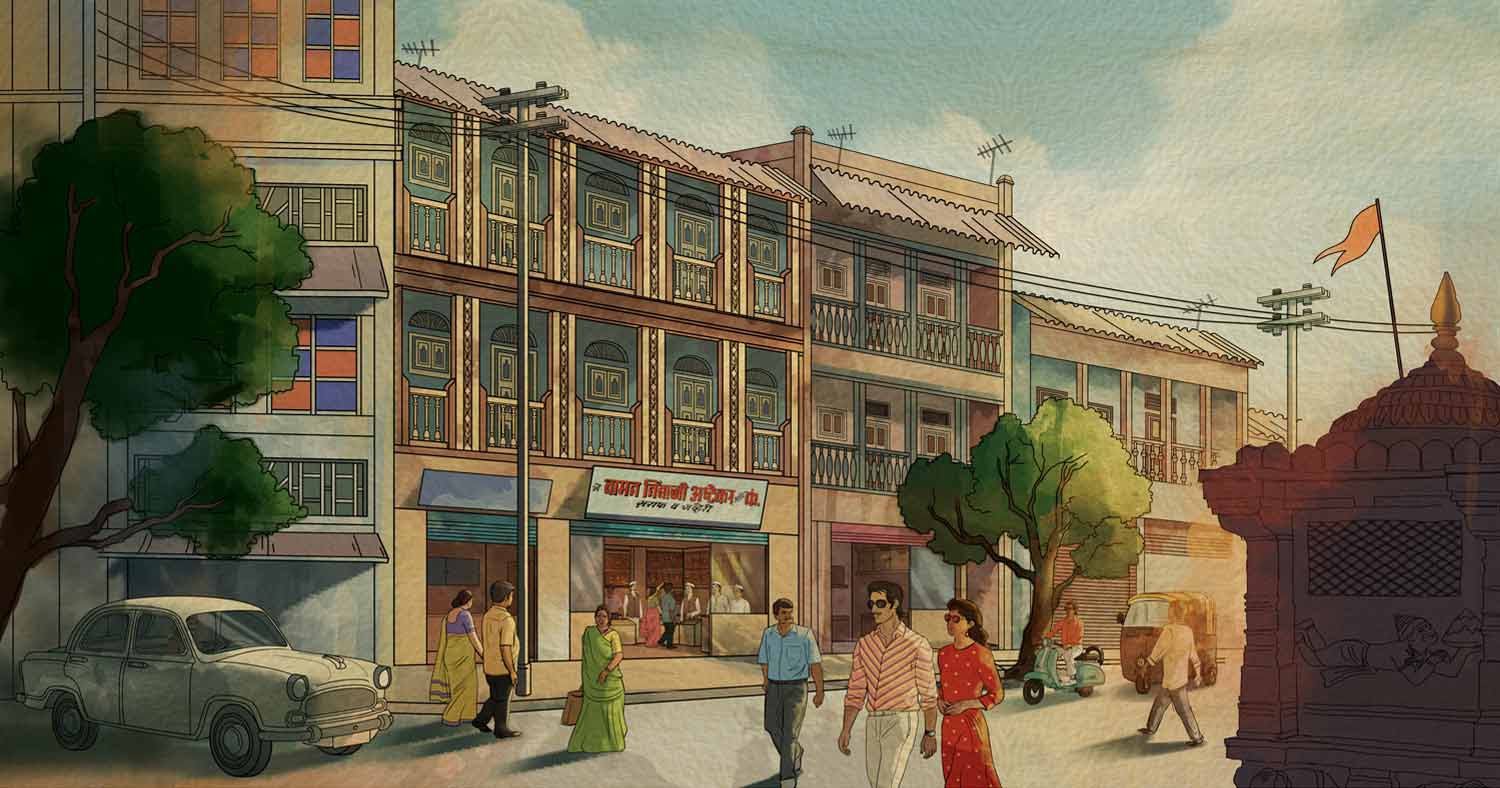 Like many other cities in India, Pune too was changing in many ways. The victorias’ had made way for cars and rickshaws. Women had started working along with their male counterparts. Lifestyle of Punekars was changing rapidly.

Sensing the change and to keep up with times, the ‘Bharatiya Baithak’ and traditional desks mad way for wall displays and counters.

This was also the time when Krishnakant Ashtekar joined the business as an apprentice. 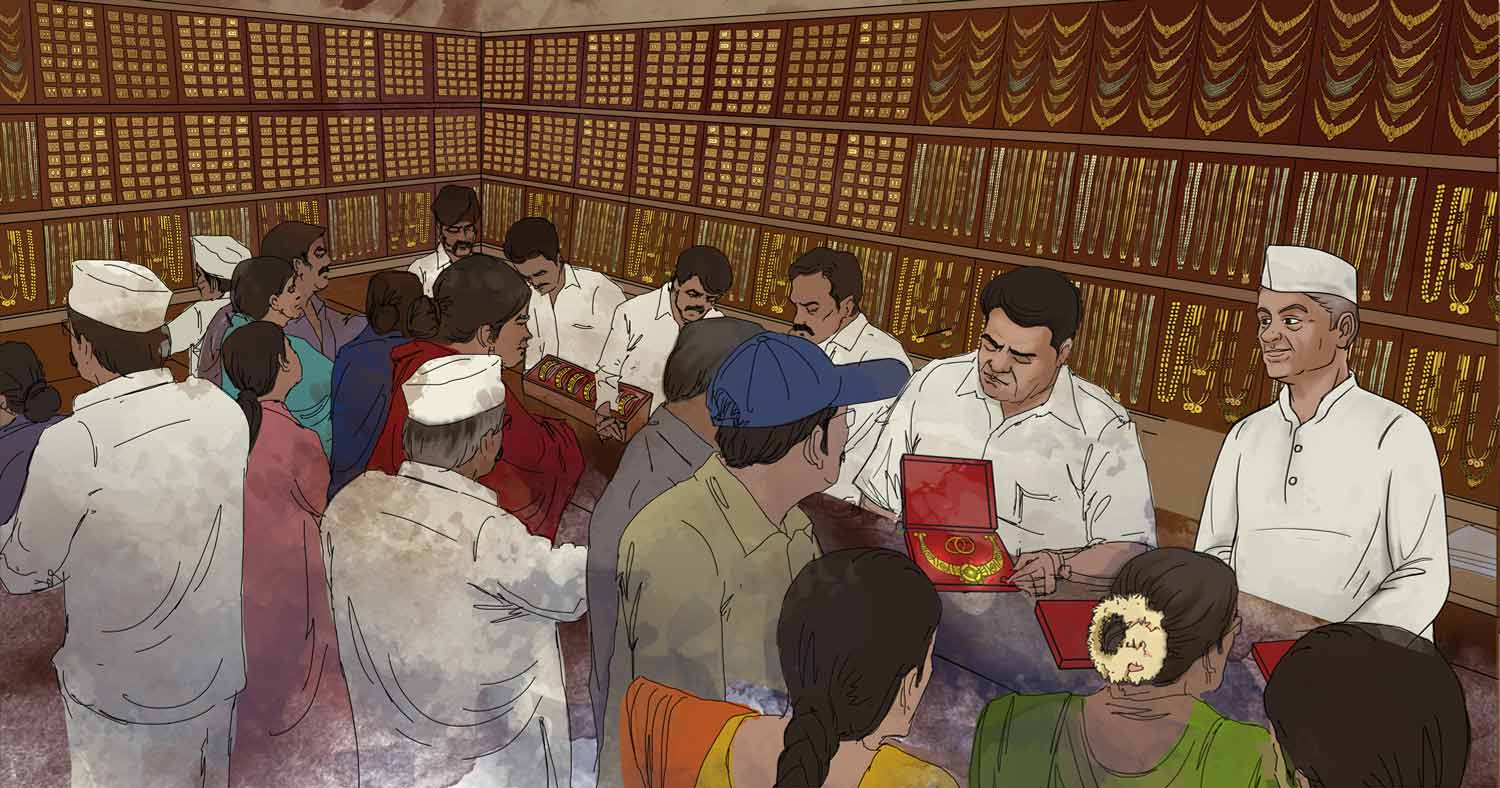 After almost of decade of learning the ropes to becoming an expert jeweller, Krishnakant Rajaram Ashtekar decided to expand his family business.

In 1978, he established ‘Krishna Rajaram Ashtekar Jewellers’ at Sonya Maruti Chowk, one of the most famous landmarks in Pune. 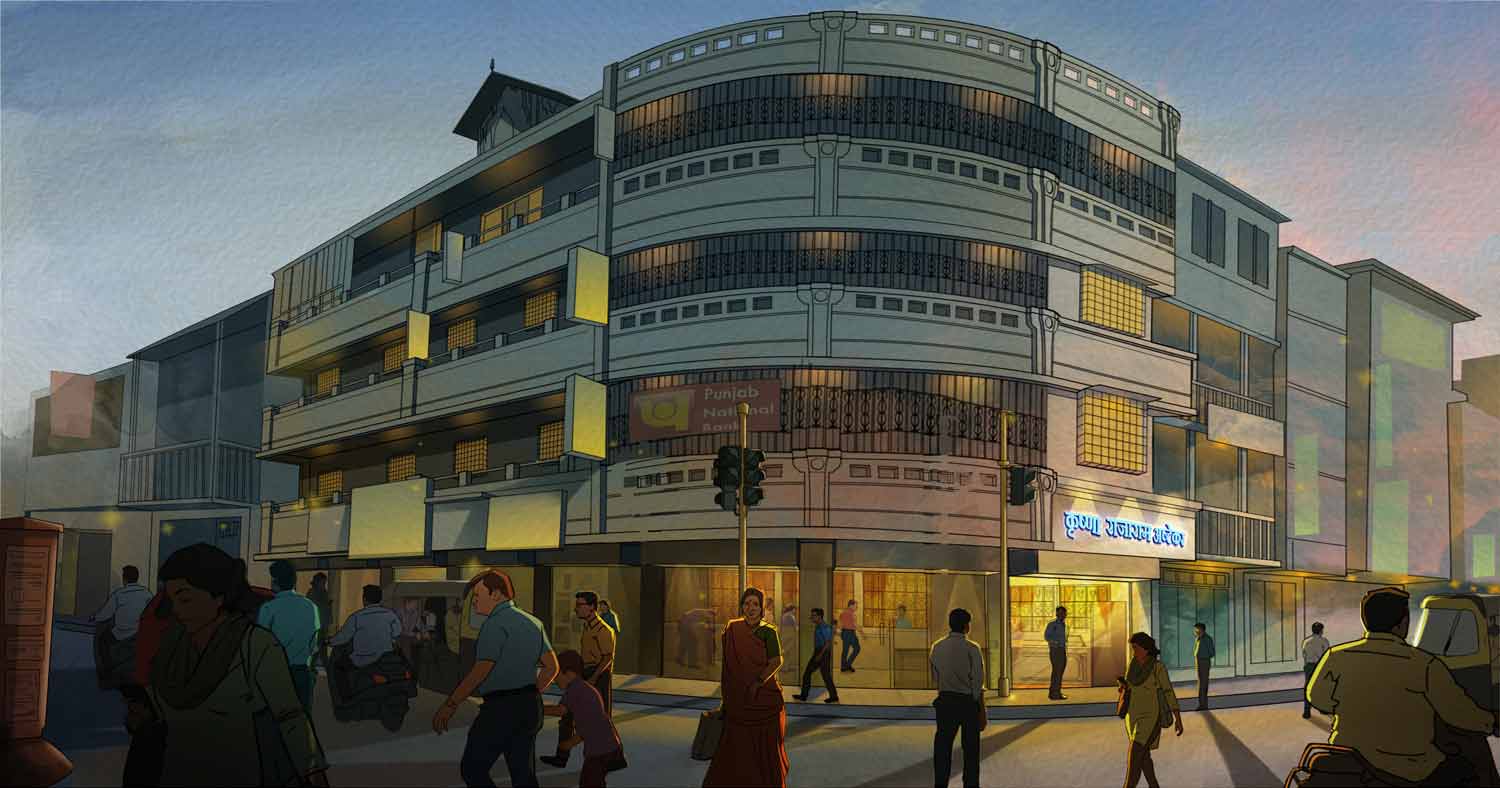 Into the new age.

Today known simply as ‘KRA Jewellers’, along with this flagship store, KRA Jewellers today has 8 gleaming showrooms spread across Maharashtra. KRA is renowned as family jewellers, as generations of customers continue to patronise its showrooms.

Though business processes have undergone a radical change over the years, at the very core lies the same tradition of integrity, trust and honesty which has been passed on to newer generations.

KRA now employs modern management techniques like Kaizen and JIT. It also has a robust HR policy which has paid dividends over the years with minimum attrition in the industry. 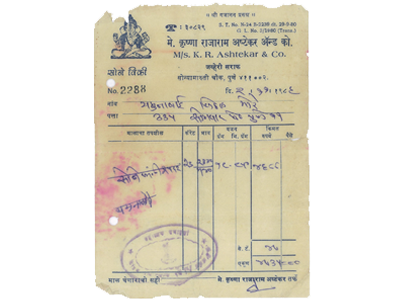 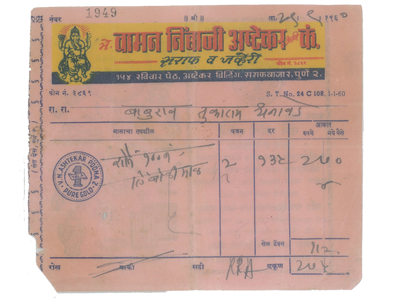 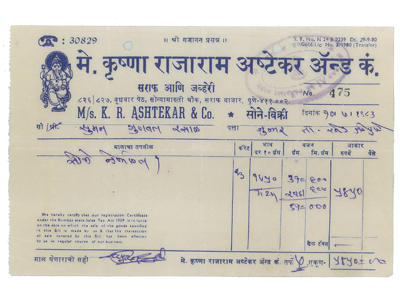 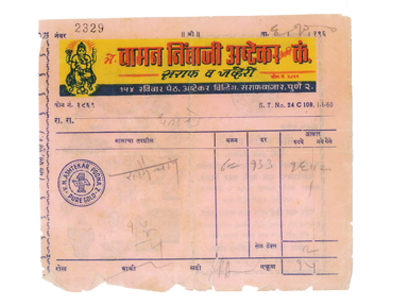 KRA enjoys unequivocal trust and respect from every person connected with us.That is also why generations of customers have continued to patronize our showrooms for more than 9 decades.